Media personality, Toke Makinwa has reacted to the surprising eviction of Maria from the Big Brother ‘shine ya eye’ house. 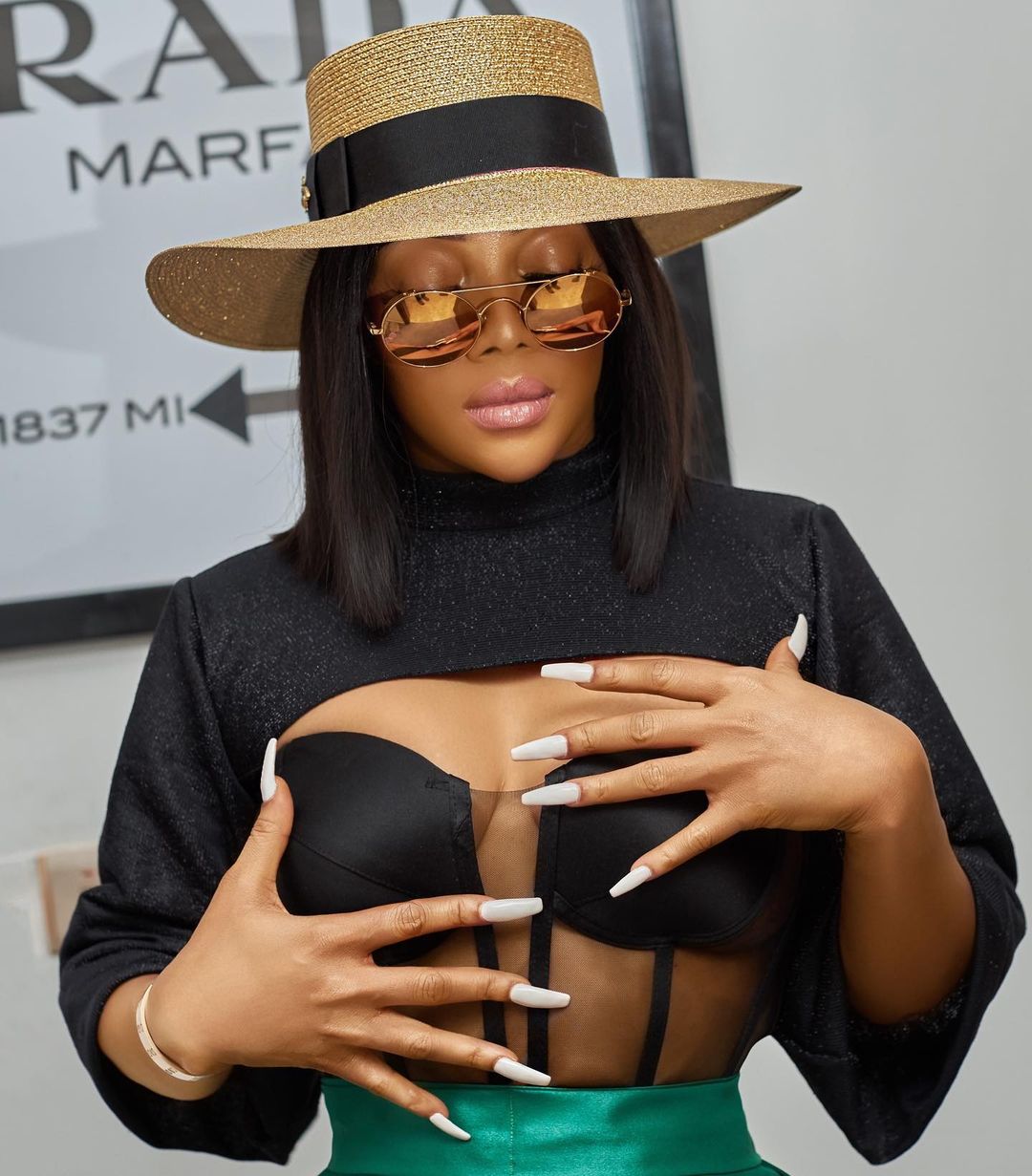 The Dubai based realtor who was perceived to be one of the top contenders for the 90 million grand prize was the third housemate to be evicted from the house last night.

In reaction to Maria’s exit from the house, Toke described it as unfortunate. According to her, she played a good game and would have remained in the house if it was not a triple eviction day.

“Maria’s fan base tried, it’s unfortunate that it was a triple eviction night plus the game is getting closer and closer.

“The house has to be decongested. Maria played her game well, she gave us talking points and she’ll do well. Nobody loses, the platform has been given.” Toke Makinwa tweeted. 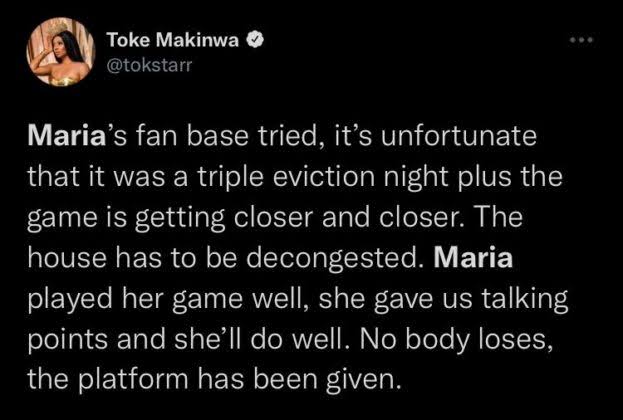 A single Nigerian lady at Church in Abuja on Sunday, August 1st donned in a flowing white wedding dress.