Nigerian disk jockey, Florence Otedola has slammed Davido’s aide, Israel DMW over his comment on her beef with Singer, Zlatan. 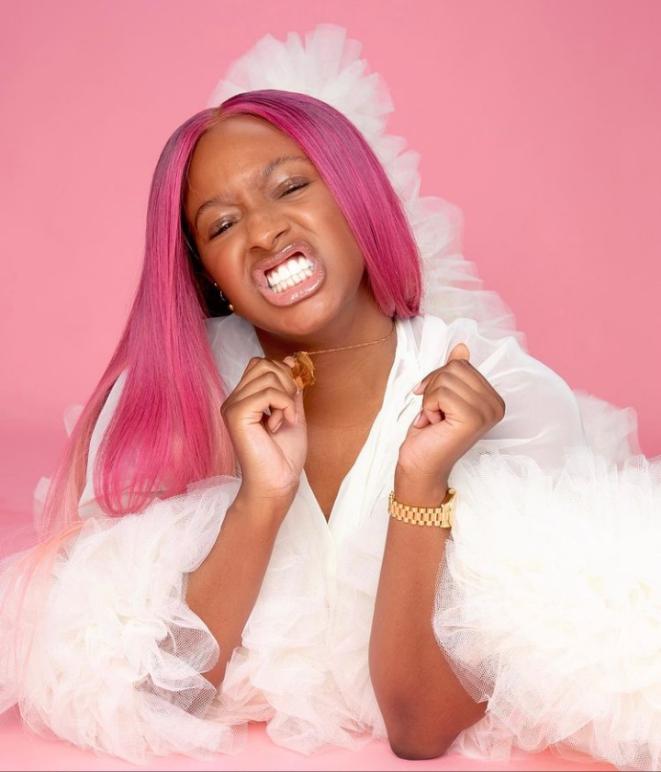 DJ Cuppy’s lawyers demanded a public apology from him over his claim that Zlatan didnt make any money from their song, Gelato

Israel made the allegation after Cuppy revealed on Twitter that Zlatan blocked her on WhatsApp and Instagram for over 10 months without saying a word about her offence.

Israel then went on Instagram to disclose what appeared to be the reason for the strained relationship between Cuppy and Zlatan.

He alleged that Zlatan didnt make a dime from their music collaboration. This caused Nigerians to drag Cuppy, accusing her of being greedy.

She got her lawyers to write to him, demanding a letter of apology and withdrawal of his statement that will be shared publicly.

She is also demanding a letter of undertaking to cease and desist from publishing these allegations or similar allegations.

The letter adds that he will compensate her.

The letter stated that further actions will be taken against him if he fails to respond to the demands within five days of receiving the letter. 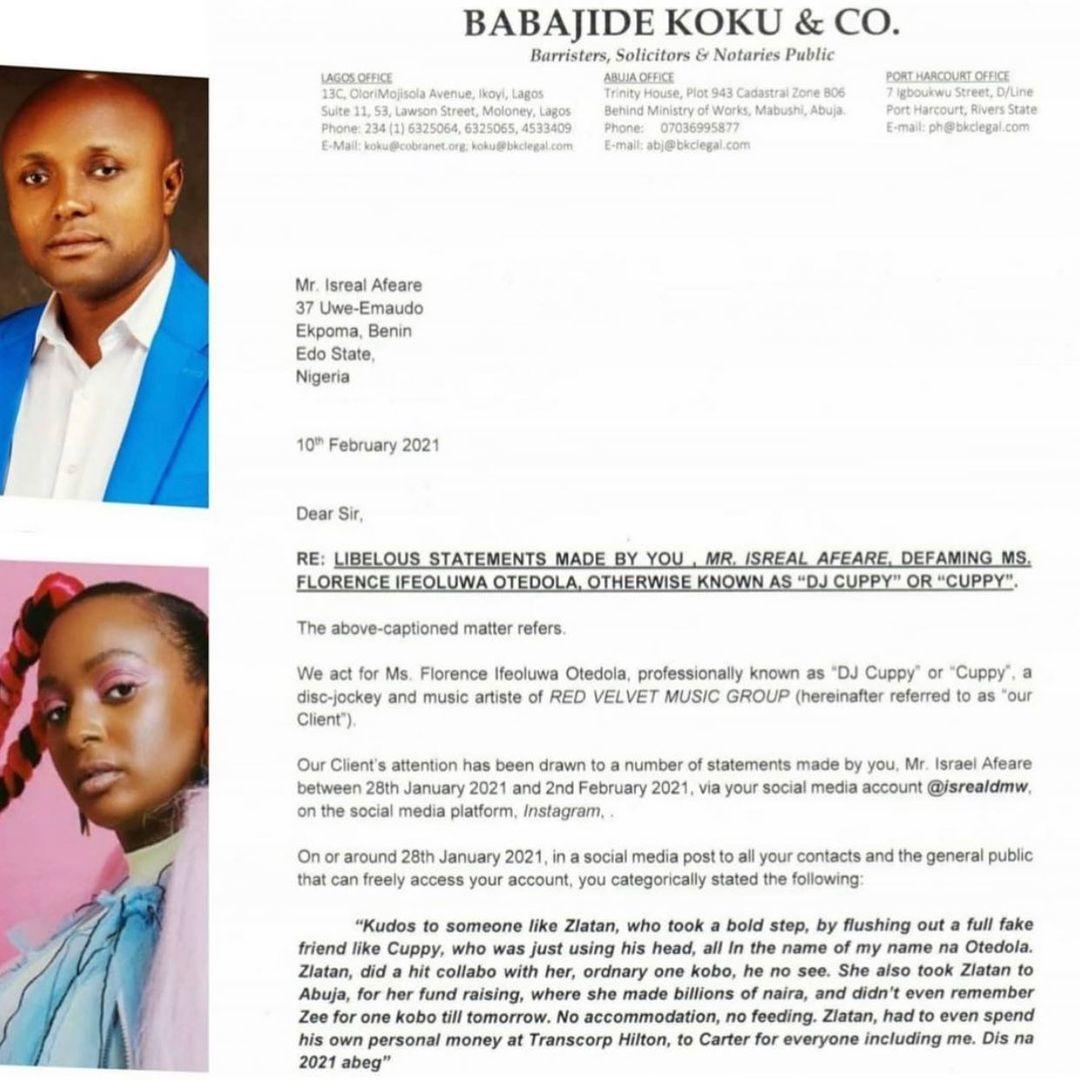 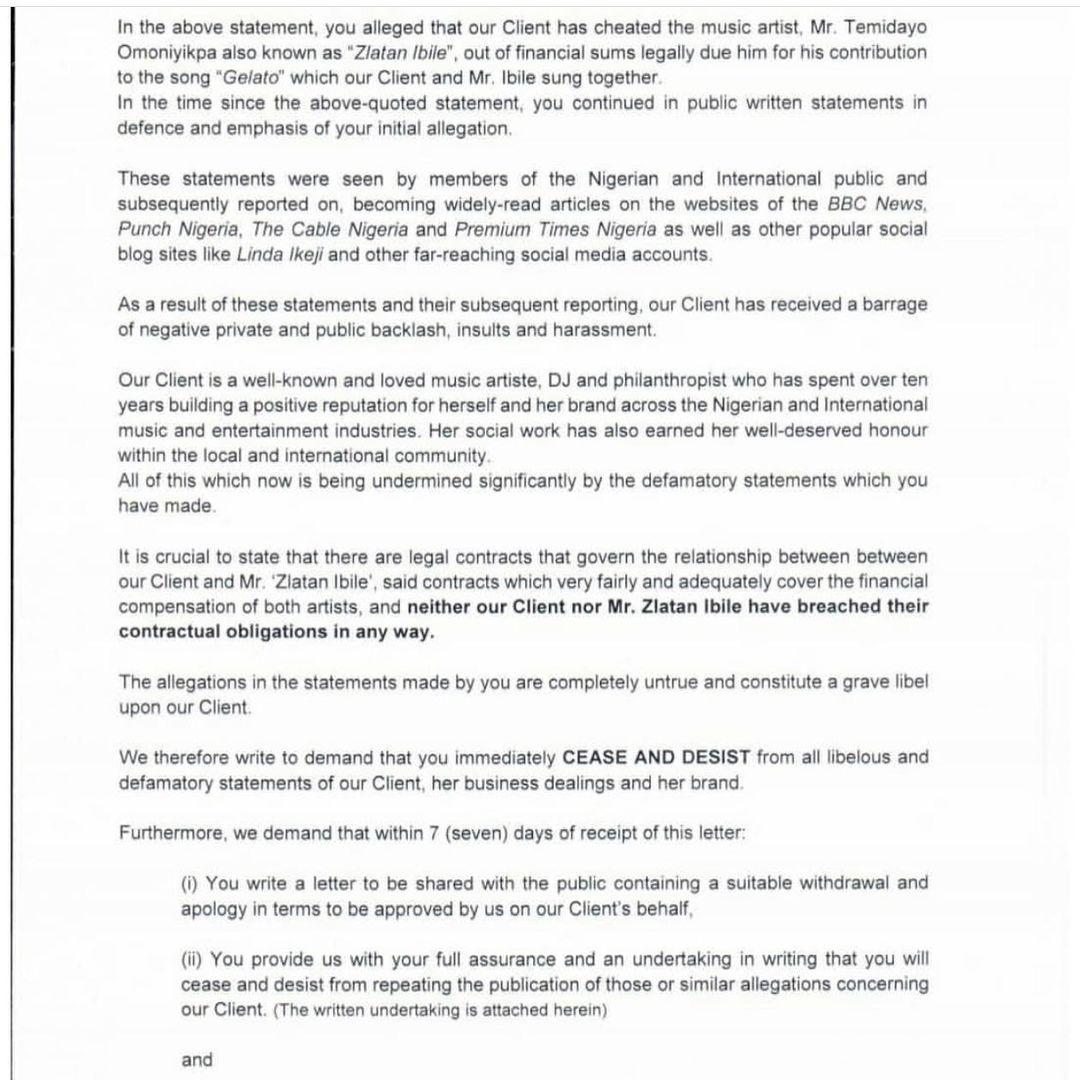 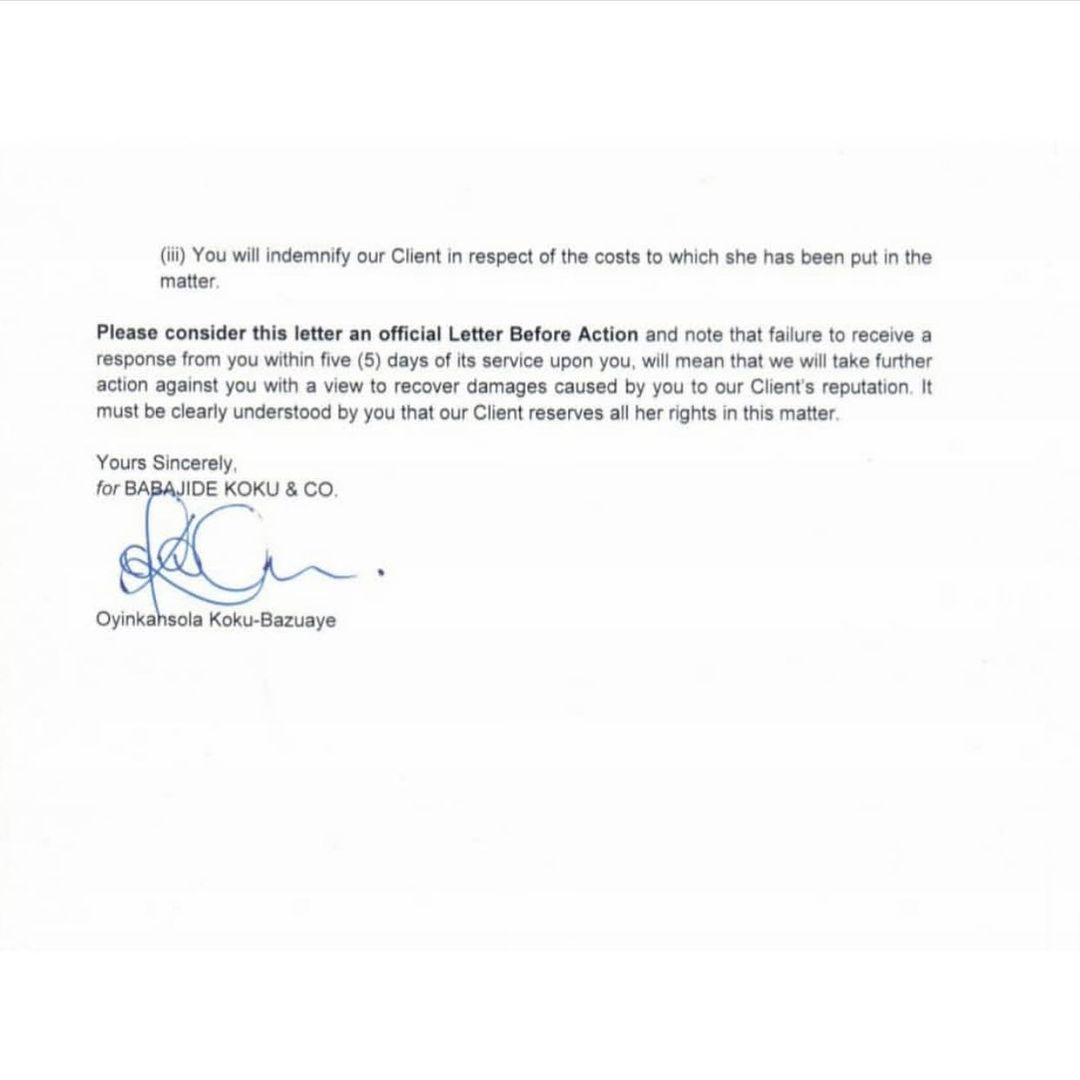